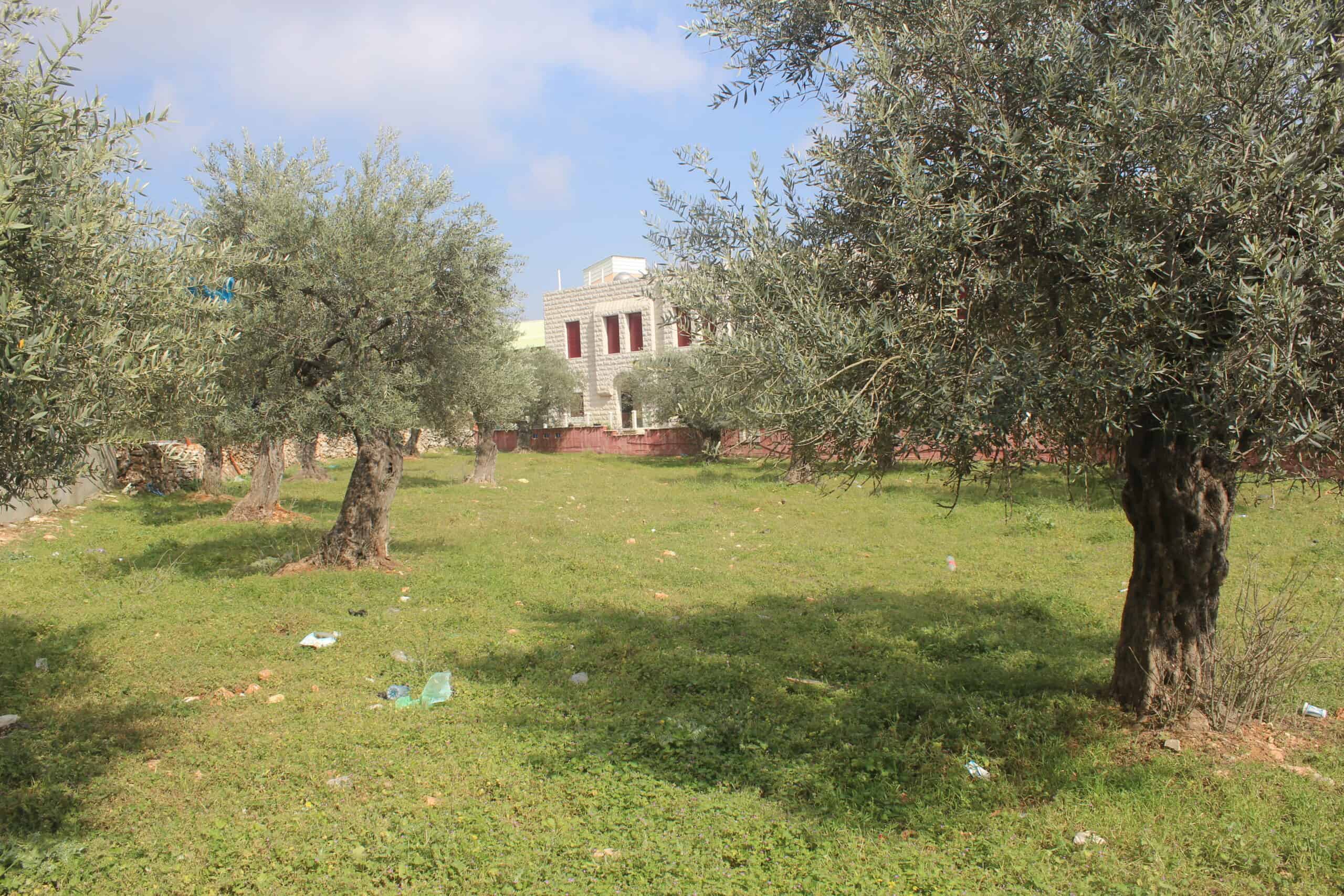 Adja­cent to the proper­ty, on which our Lifegate buil­ding in Beit Jala is loca­ted, there is only a single piece of land (1300 sqm) on the northwest side on which there are some old olive trees. Suita­ble for a park, a small adven­ture world for child­ren and young peop­le with disa­bi­li­ties, but also with the poten­ti­al to use a piece of the land for urgent­ly needed parking space for guests and employees and of cour­se to have the long-term opti­on of expan­ding our work, if necessa­ry, to anot­her buil­ding. The local neigh­bors, employees and buil­ders have often said to me: „Once this land is being sold, you have to react immedia­te­ly, that must then have abso­lu­te priority.” 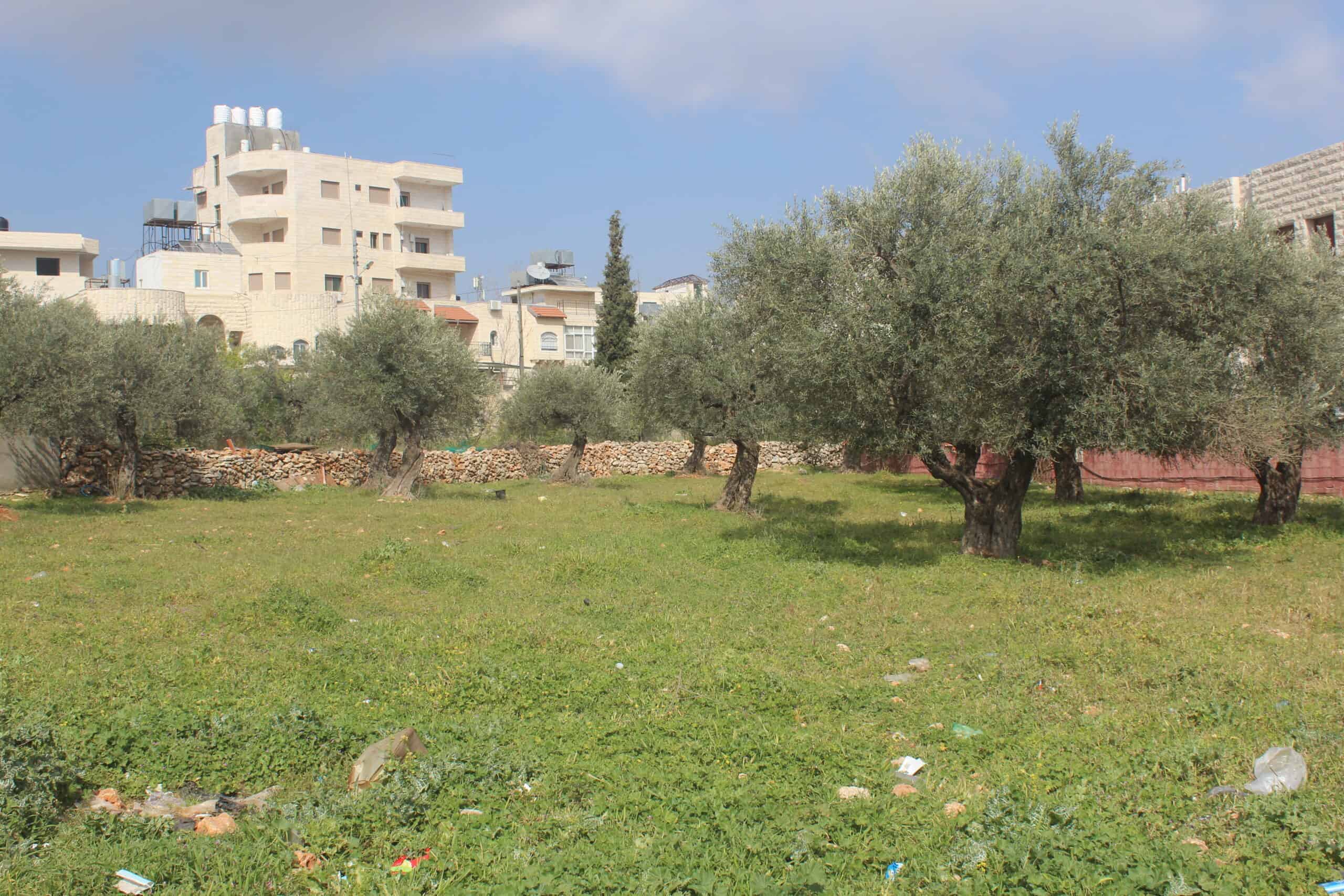 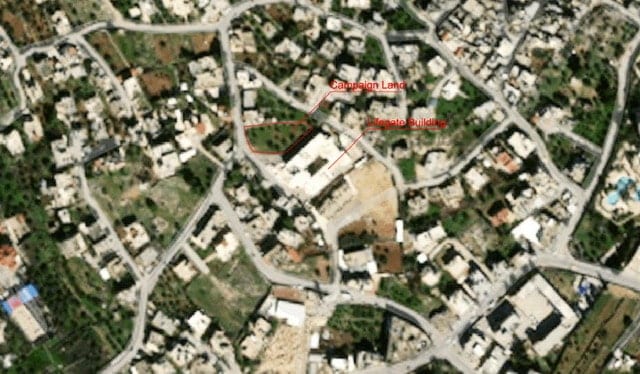 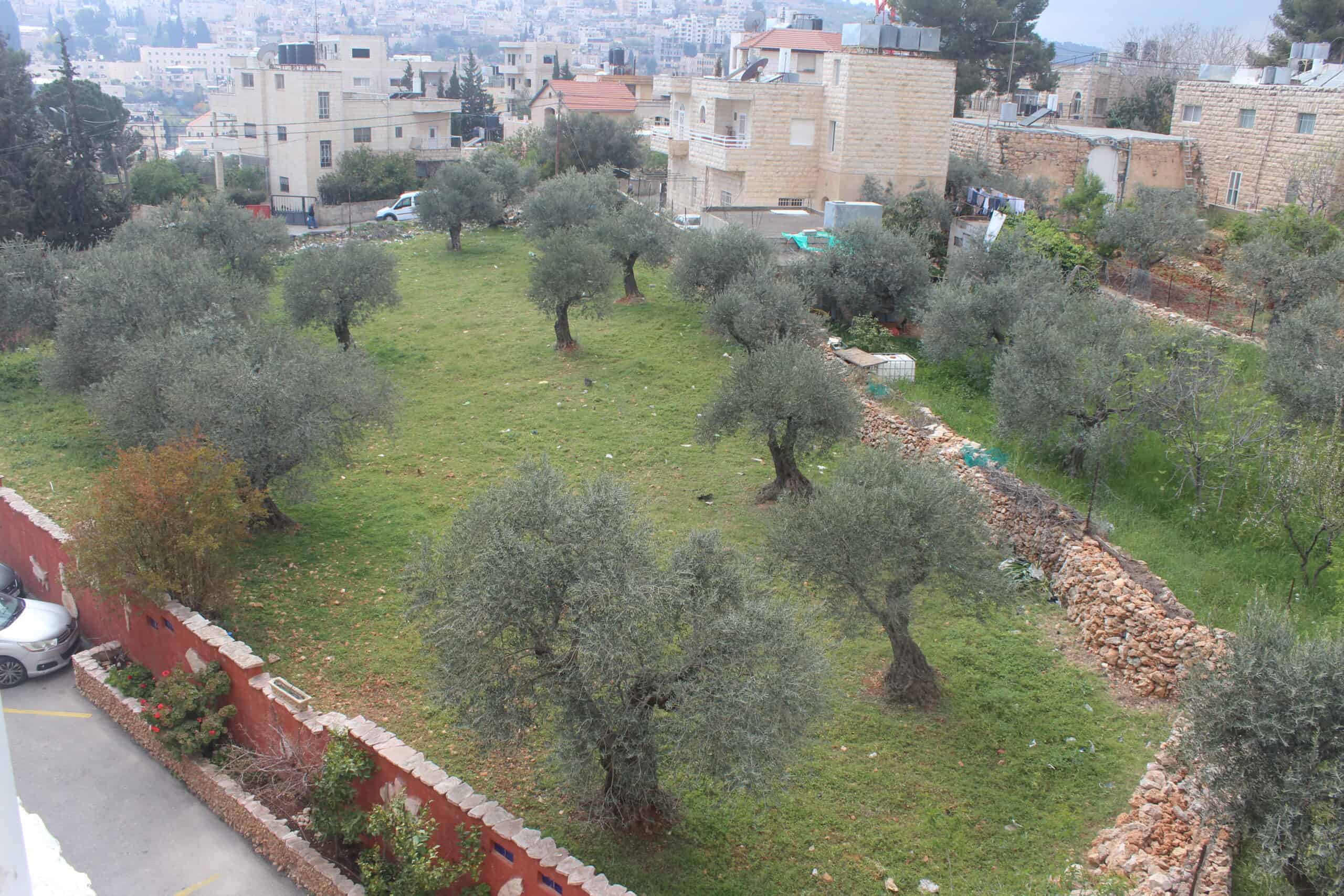 For a long time, I asked the owner I knew, a local Chris­ti­an Pales­ti­ni­an who lives in Beit Jala, to grant us a pre-sale right and when the proper­ty prices were still reason­ab­le, we often asked him if he would not want to sell. So far, he always refu­sed with thanks. Since then, land in our place has beco­me more and more precious and expen­si­ve, also due to the sepa­ra­ti­on wall to Isra­el, impe­ding the natu­ral possi­bi­li­ty of the peop­le in Beit Jala to spread out as a result. The last time I spoke to him was in Decem­ber 2020. Now he called on Febru­a­ry 2, 2021 and told us that his land was now for sale, would we be interested?

When we bought the land for our center in 2004, we still paid 65 USD for the squa­re meter. After inten­si­ve nego­tia­ti­ons, today­’s price is now 530 euros per squa­re meter.

Wow, my first thought – human­ly impos­si­ble! Now I’ve thought that very often in my life, impos­si­ble! And some­ti­mes, when I leave the Lifegate buil­ding in the evening and turn around again, I can only say „THANK YOU” with great joy in my heart. How many times in my life have I been asha­med becau­se my beliefs and imagi­na­ti­on were far too small. And then often a quiet voice would say to me: „Trust me, it’s right, you can’t do it, but nothing is impos­si­ble with me!”

So now I can do nothing else than pass this messa­ge on to friends, to pray­ers, to peop­le who have ideas and see oppor­tu­nities that are closed to us and me.

Anyo­ne who can afford it without struggling could buy a squa­re meter and then give it as a present to a disab­led child, and let’s see how many squa­re meters and happy child­ren there will be in the end? 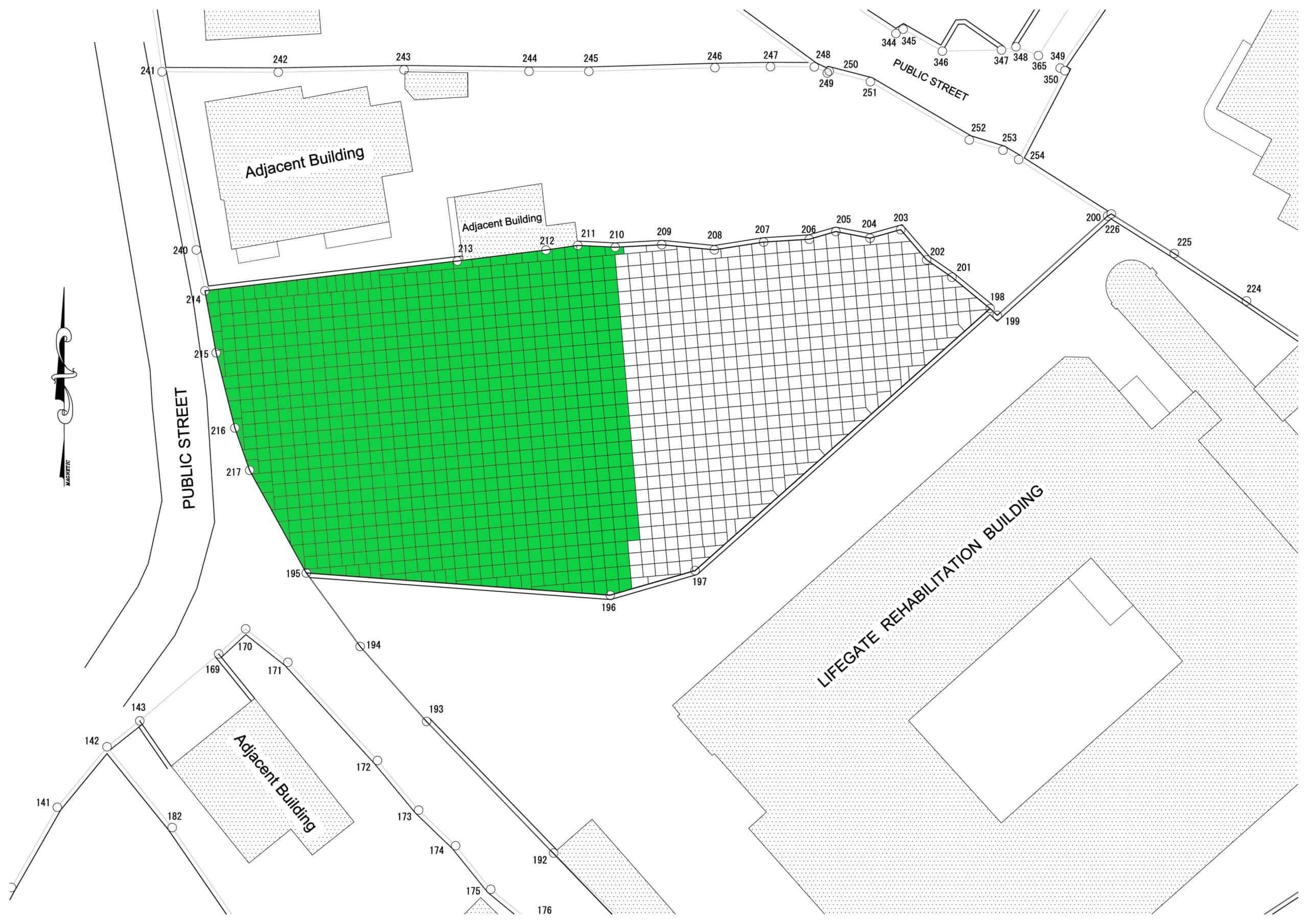 With 530 euros you enab­le us to color anot­her piece of the mosaic green. Trans­fers to the reci­pi­ent „Tor zum Leben e.V.” under the following account details:

We have the visi­on to reach this incredi­ble goal! Should the purcha­se of the land, due to the lack of funds, not be achie­ved, the dona­ted money would flow into the ongo­ing work – becau­se every Euro is also in this field needed at the moment. Howe­ver, if you would prefer to have your money trans­fer­red back, you can indi­ca­te this at the office: geschaeftsstelle@​lifegate-​reha.​de 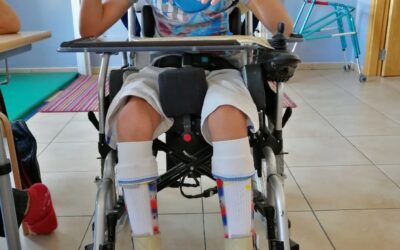 Unfortunately, we cannot speak of a blissful month of May this time, more of a month in which we were all really shaken; a month that brought Jerusalem, Israel, the Gaza Strip and the Palestinian...

END_OF_DOCUMENT_TOKEN_TO_BE_REPLACED 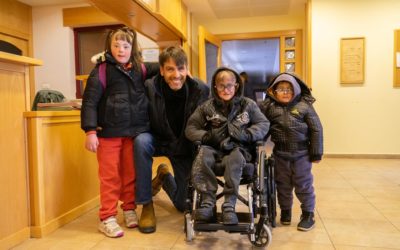 Finally, the time has come... ...the new homepage is here! We are very happy about the new virtual home for Lifegate Beit Jala, Lifegate Gardens and Tor zum Leben e.V.! At lifegate-reha.org you will...

END_OF_DOCUMENT_TOKEN_TO_BE_REPLACED 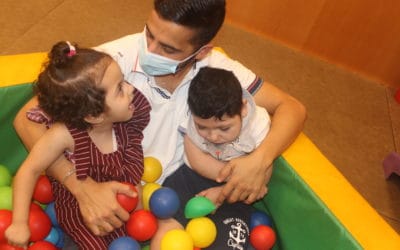 Dear friends and supporters of Lifegate, an extraordinary and eventful year 2020 is entering its final phase and our life in this world has been shaken up by a small virus. The news that an...